How global issues are driving a new cultural agenda 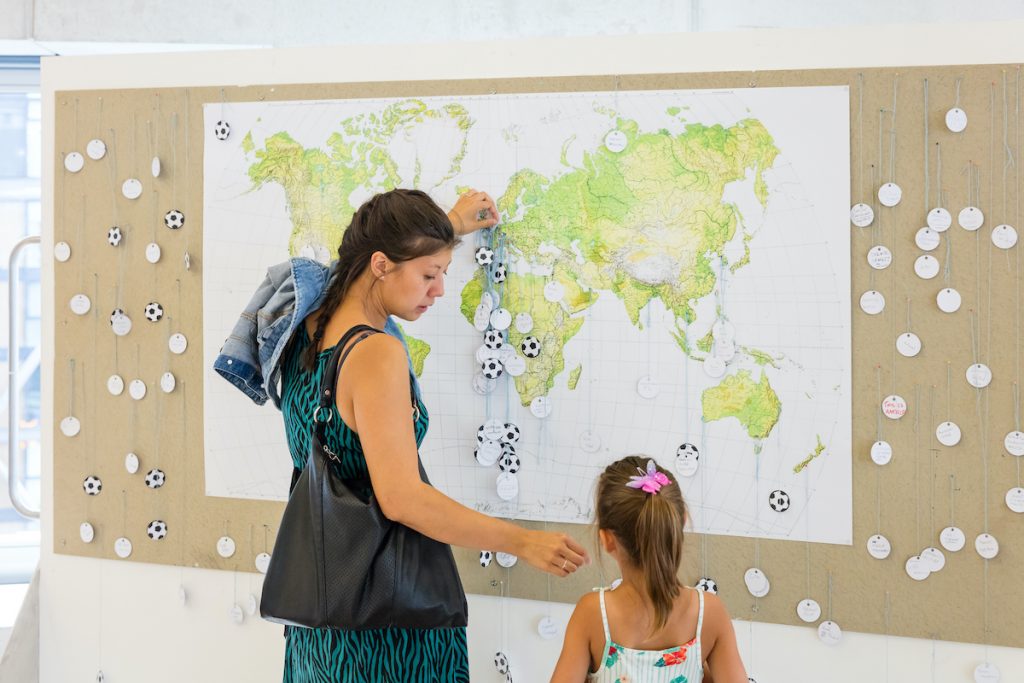 Maintaining an international perspective and collaborating with global partners will be key to rebuilding the UK’s cultural sector and securing the post-pandemic future.

This article by Ben Walmsley and Franco Bianchini was first published in Arts Professional on 3 September.

The diverse range of global policy responses aimed at protecting the cultural sector from the immediate impacts of Covid-19 have highlighted once again how differently arts and culture are regarded and invested in around the world. The spectrum ranges from the rapid, generous interventions of Germany at one end to the laissez-faire USA response at the other. As often, the UK falls somewhere in the middle: arguably late and poorly targeted, but ultimately significant, at least in financial terms.

Impact and opportunity
Some of the pandemic’s immediate as well as longer-term impacts on the UK’s cultural sector are already leaving their mark. For example, we have observed the sector’s dependence on emergency funds to avoid collapse, a particularly profound impact on freelance artists and mid-scale cultural organisations, and the growing risk of exclusion for people facing educational, cultural and economic poverty.

These impacts are likely to shrink the sector’s size (and therefore its significant cultural, social and economic contributions) and are almost certain to exacerbate the existing inequalities in cultural production and engagement. These effects could have been mitigated in the UK if we had a more nuanced social security system or even some sort of universal income for artists, and if the arts and culture had already been less exclusionary.

However, like most crises, this pandemic has opened-up significant opportunities for change. The potential for the rapid development of creative technologies is beginning to be realised as organisations have migrated online. A classic example is the National Theatre, which adjusted its philosophy of creating theatre for collective enjoyment by streaming for the first time into people’s homes, whilst augmenting its Immersive Storytelling Studio with virtual reality. During the lockdown we also witnessed a huge surge in everyday creativity and appreciated how arts and culture could bring households together and lift spirits.

We saw the emergence of new business models as some cultural organisations across the UK opened-up their venues as community centres and reconnected with their neighbourhoods in ever more creative ways. Mold’s Theatr Clwyd, for example, employed more than 20 freelance artists to develop work with young people while delivering food to the local community. We also observed the continued growth of the culture, health and wellbeing agenda, which represents a dangerous instrumentality to some and mainstream recognition of the positive social impacts of arts and culture to others. Many cultural workers and researchers are hoping that some of these changes will endure and that the sector won’t just spring back to its status quo.

A new agenda
An international research perspective can help sketch out a new agenda for cultural policy and practice. We are likely to see a stronger focus on cultural interventions, including community arts and library projects, which can help reduce social exclusion and digital divides, and contribute to re-skilling, as part of the response to rising unemployment. Likewise, projects that can help deal with the psychological and social traumas produced by the pandemic are likely to attract funding. Co-creative and participatory arts activities are classic examples.

Another global issue impacting on a new cultural agenda is the greater recognition of the impact of the pandemic on marginalised groups, underscored by the Black Lives Matter movements. We should therefore expect to see a growth in inclusive, multicultural and intercultural projects and further diversification of funding streams. This shift might well incorporate a more holistic, democratic and ‘curative’ approach to urban regeneration, which will try to square the circle between continuing to create jobs and wealth, while at the same time improving air quality and helping deal with the issues of loneliness, anxiety and depression.

The demise of the big city?
Some contributions to the debate suggest that as a result of the pandemic we could see a migration to smaller towns and cities, and, therefore, a renaissance of cultural projects in these places. Large cities might increasingly come under attack by various political forces across the globe for being harmful, unhealthy, unpatriotic, too permissive and chaotic. In response we are likely to see the emergence of new forms of co-operation between cities and their rural hinterlands. The ‘smart city’ agenda will probably acquire even greater prominence, bringing with it new issues of democratic control and governance.

On a more operational level we are sure to see a remodelling of cultural venues and spaces and, of course, an explosion of outdoor arts and culture as part of a rethinking of planning regulations to offer more public space to retail, cultural, eating, drinking and other social activities. The arts-sport collaboration agenda might well benefit from this evolution too. Indeed we are already seeing investment in inner-city parks and the further broadening and blurring of cultural parameters in the programmes emerging from Coventry 2021 and Leeds 2023. This is likely to play out in a sharper evaluation focus on social impacts, including once again culture, health and wellbeing, and a possible de-prioritisation of traditionally defined economic impacts.

For good and ill, the impacts of the Covid-19 pandemic are here to stay. As we face this historic crisis, it is more important than ever that we maintain an international perspective and collaborate with our global partners to secure a positive future for the arts, culture and heritage.

Image: Who Are Ya? Tate Exchange, Dan Weil Photography 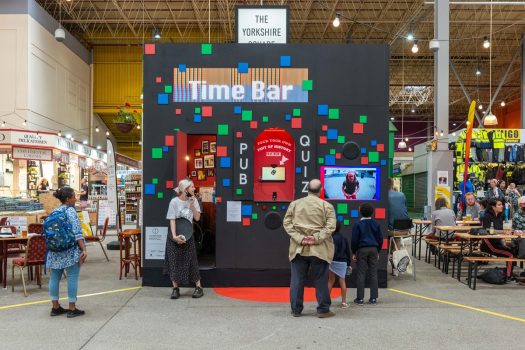 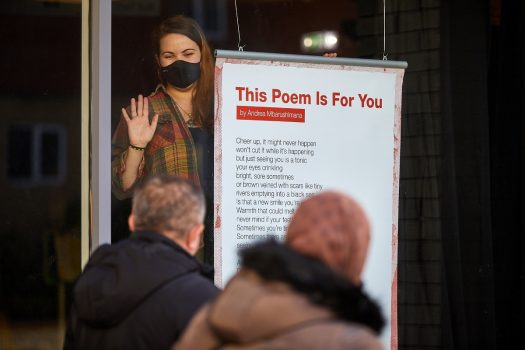 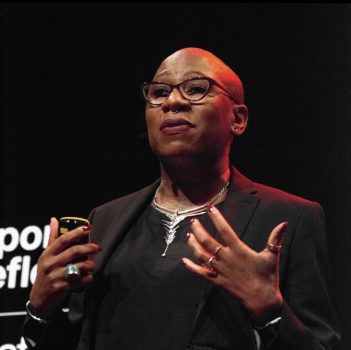 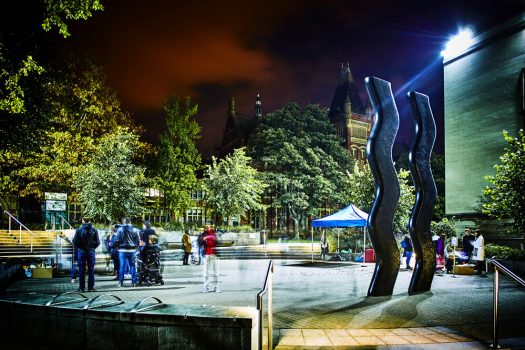 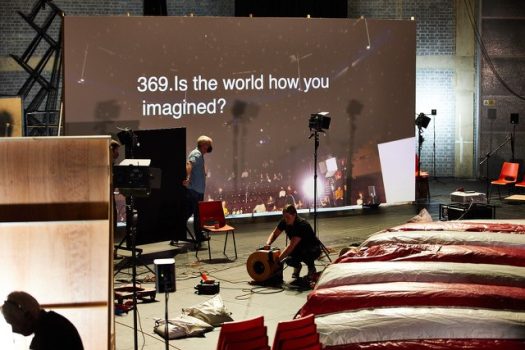 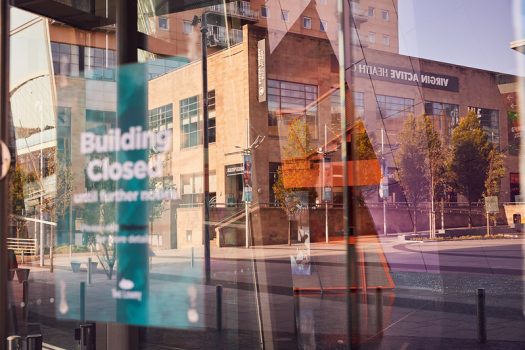